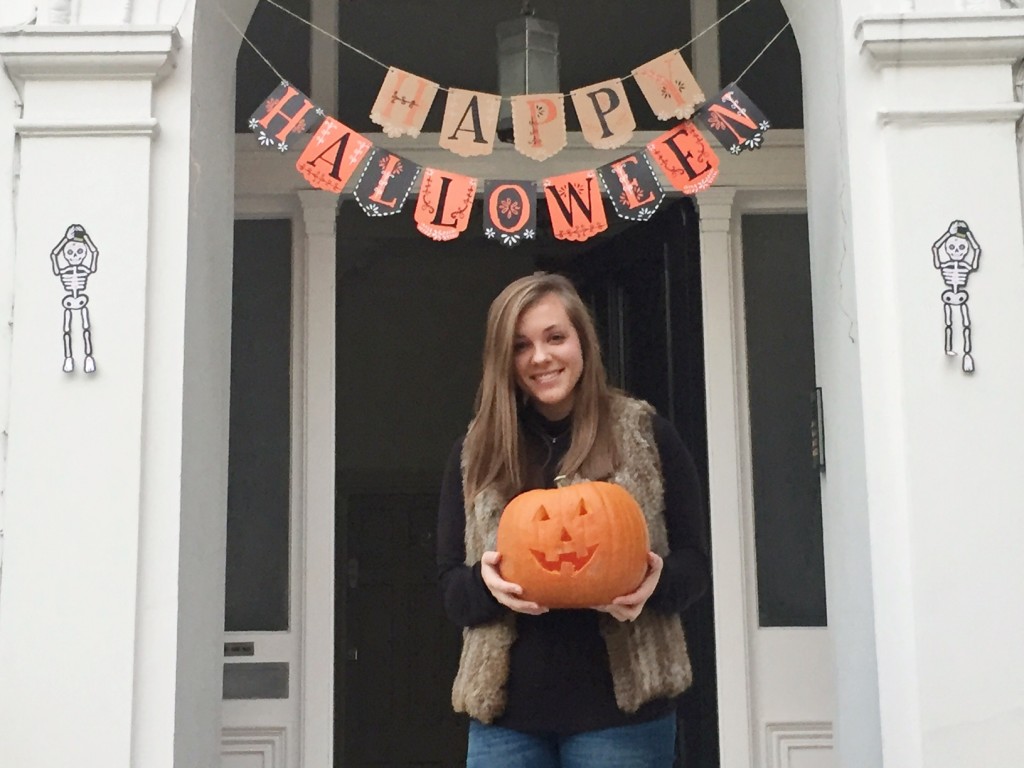 With our happy Jack!

One of the best pleasures of the weekend is Ben and I can be home as much as we want. I think I’m a bit more of a homebody than he is, and many weekends we do choose to visit with friends or travel, but some of our very favorite ones are when we spend the weekend around our home. Yesterday being Halloween, we woke up lazily, reading the paper and sharing a pot of piping hot coffee talking over our plan for trick-or-treaters in the evening.

In London, Halloween is a very civilised experience. Kids can only knock on doors and ask for candy from decorated homes, so Ben got out the ladder and I started orchestrating. Hang higher here! A little more tape there! The only snafu was when I tried to plug in our orange string of lights I had ambitiously and incorrectly packed in our shipping container last year, and realized it was an American plug. Ben has promised new lights for our next year’s setup. Our flat smelled of cinnamon and pumpkin all afternoon as I baked a loaf of pumpkin bread, and then started slow roasting lamb shoulder in red wine (a Daylesford recipe and one to keep!). 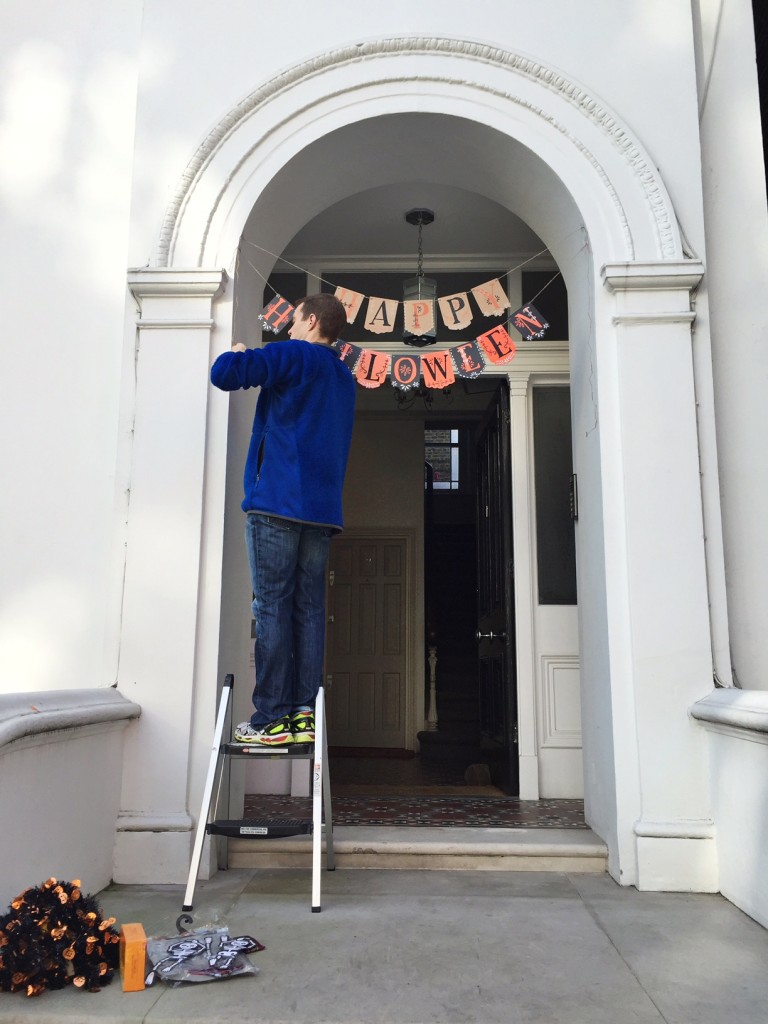 We got to carving, which really means Ben assumed his power stance and pulled out his favorite kitchen knife. I drew the lines for him to follow – a top with a long panel down the back for easy scraping and lighting of the candle and a goofy Jack o’Lantern face. We’ll never be the scary house people because well frankly it frightened me as a kid! We were some children’s very first homes yesterday their parents told us teary eyed taking their pictures and videos as their little dragons and princesses gingerly put their hands into the bowl to take out a Mars bar. 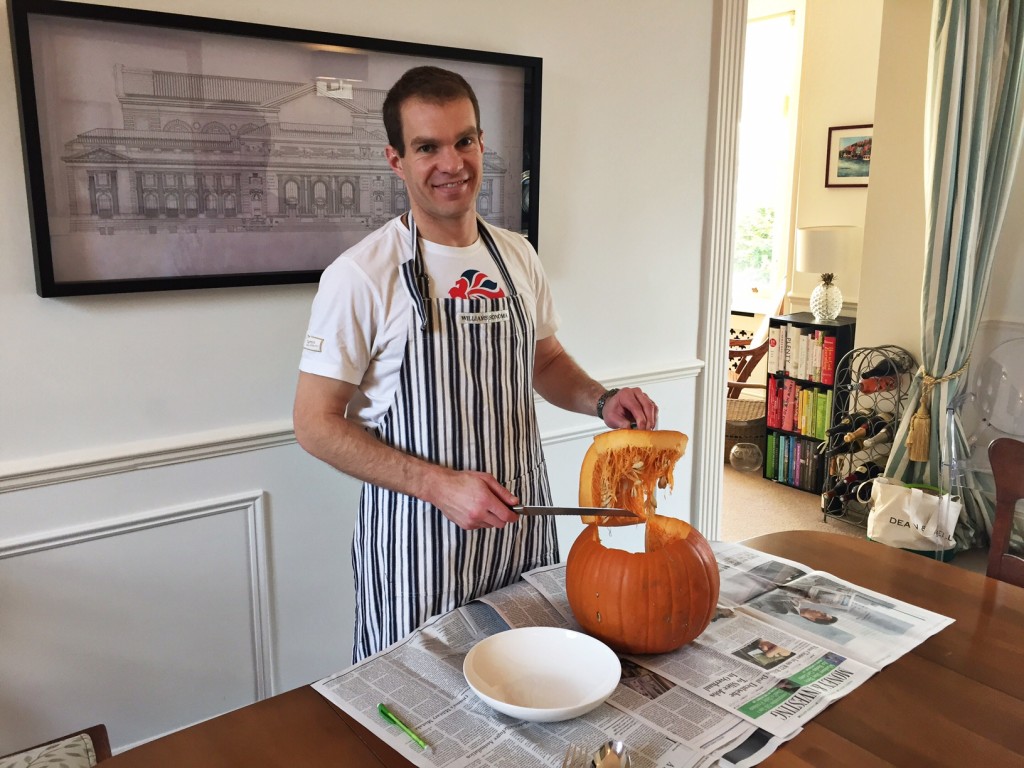 After sitting outside on our front stoop sipping on glasses of pinot noir, listening to Halloween orchestra music (yes there is such a thing! YouTube for hour long playlists), munching on roasted pumpkin seeds sprinkled with Old Bay and handing out candy that went in less than 90 minutes, we came inside for the melt off the bone lamb and more wine. It’s hard to believe, but we doubled our candy from last year. There are so many families that come to Palace Gardens Terrace it’s hard to draw the line on how much to spend as it can cost a pretty penny around here for Halloween candy. I think next year we’ll import from the States. 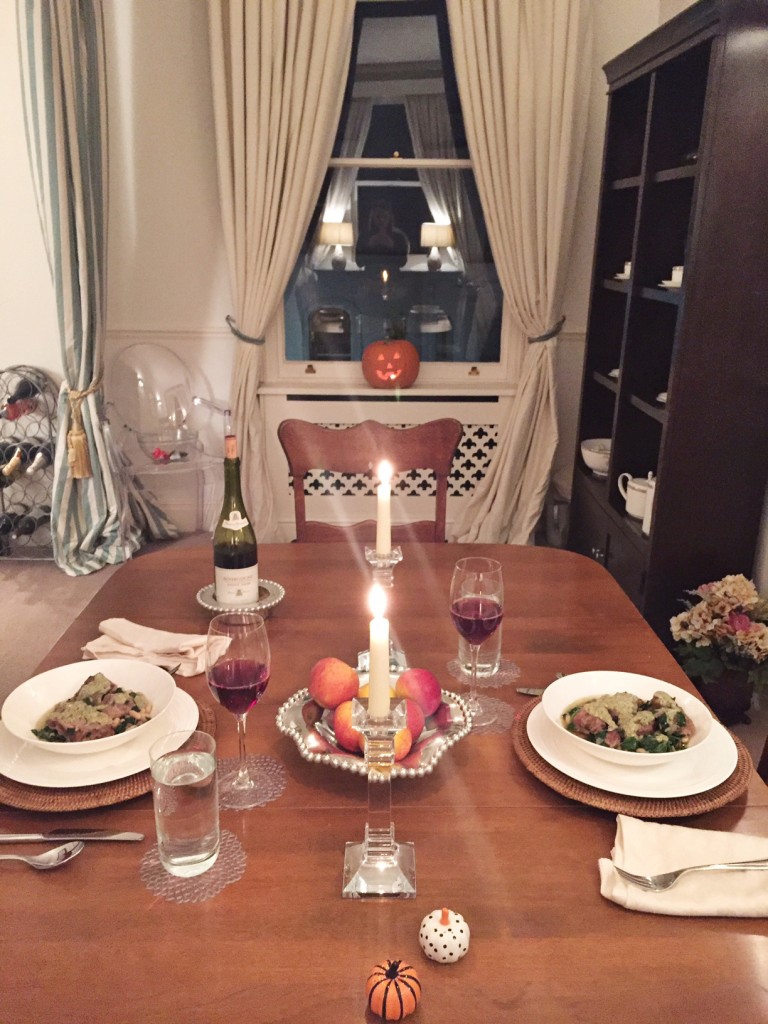 We’re seeing Spectre today. Has anyone else already caught how dashing Daniel Craig looks in this one? (A controversial topic, but I think he may be my favorite Bond. The gorgeous Tom Ford suits help.) I can’t wait to see the intriguing Monica Bellucci either. Though secretly I’m just dying for a big bag of popcorn and to sit in the cold theatre. This evening we’ll head to the Mall Tavern for a last warming meal of the weekend before it’s back to work on Monday! UPDATE: The new Bond was spectacular. It got two thumbs way up from us – and I now have a girl crush on Lea Seydoux. I’m also on the hunt for that gorgeous silk number from arguably one of the best scenes (I want to dish but won’t spoil any of the film for you!).

Ps – I’m feeling more like myself than I have in ages. I’ve settled into my job and run into friends around the neighborhood. I can competently give directions around the city to understandably confused tourists (it’s the little things! and I’ve been there – it’s hard) and feel like Ben and I have really come into our own being here. We have traditions now and are feeling quite like the little family we are. 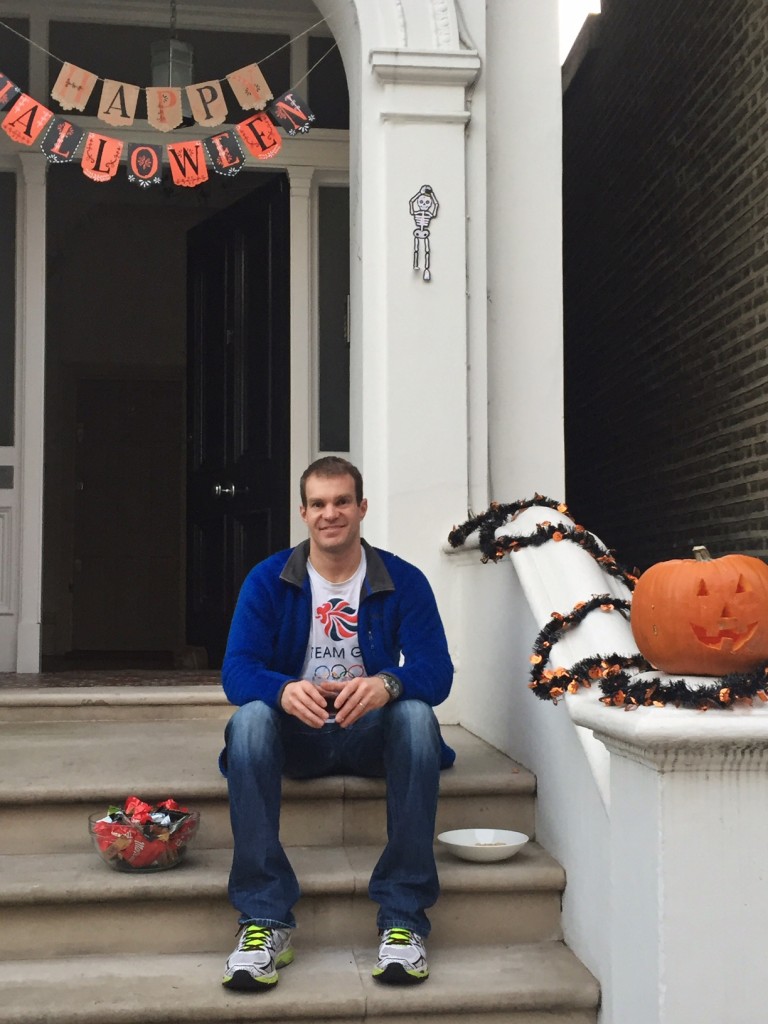 Halloween with my guy, who kept replenishing the candy bowl (and the wine) from inside all night.