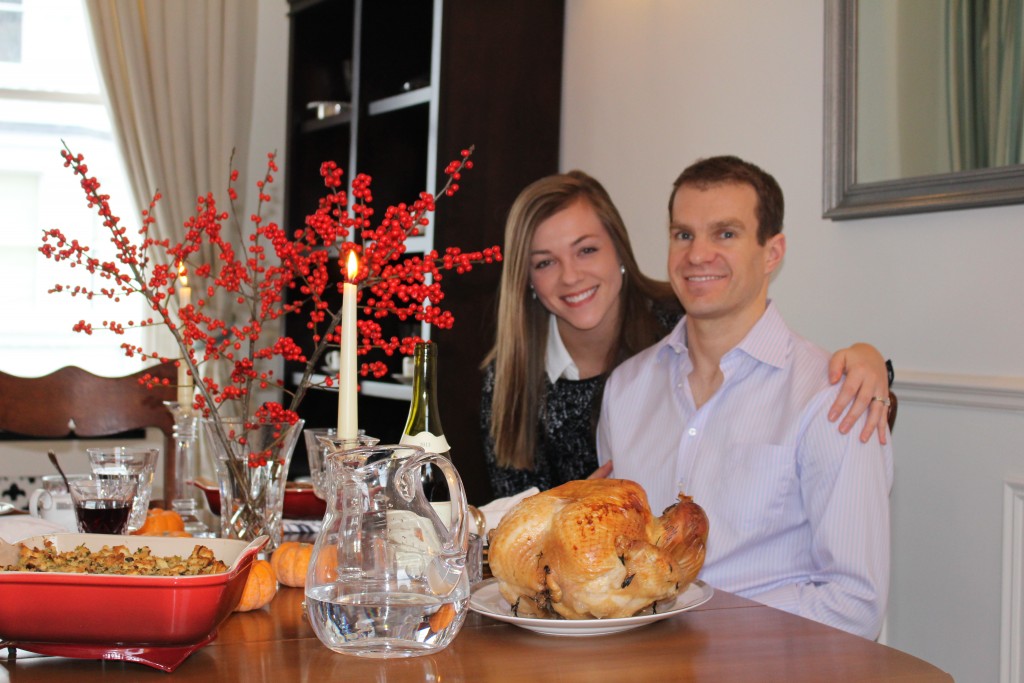 It was around mid-July when we realised even with our European vacation scheme there weren’t enough days to take off work for my brother’s wedding, Thanksgiving, and Christmas back on the East Coast this year. Something had to go. And with that – our plans became permanent we would be in London for Thanksgiving. I may have cried a small river over the thought. It was my first time celebrating one of my very favorite holidays without my parents in 28 years. But I’m an adult, and as adults we would make mature decisions.

So with that, I got to planning. In October we put a hold on a turkey from Daylesford Organic in Gloucestershire (call 01608 731700 or thefarm@daylesford.com to place your order four weeks in advance of the day when in season) and my mom sent over traditional family recipes. There were two Ocado deliveries and a trip to Whole Foods. On Thanksgiving Eve I was so busy that when Ben walked in the door and asked what was for dinner, I exclaimed with my most exasperated tone how could he expect dinner tonight when I was making Thanksgiving tomorrow! (We made pesto over pasta. Light, easy and everything was already in our kitchen.)

There are so many ways to prepare a turkey but I’m partial to brining. It sat in the fridge overnight and was ready to go the next morning. By mid morning the cranberries were popping, the bird was just about to go in the oven, sweet potatoes were baking and the dressing was nearly prepped. The flat smelled like heaven. I kept pulling Ben in the kitchen saying Do you SMELL this? It smells like Thanksgiving! The holidays are here! (I have a very patient husband.) A couple hours later Ben carefully removed the turkey from the oven and I’ve never seen him prouder. 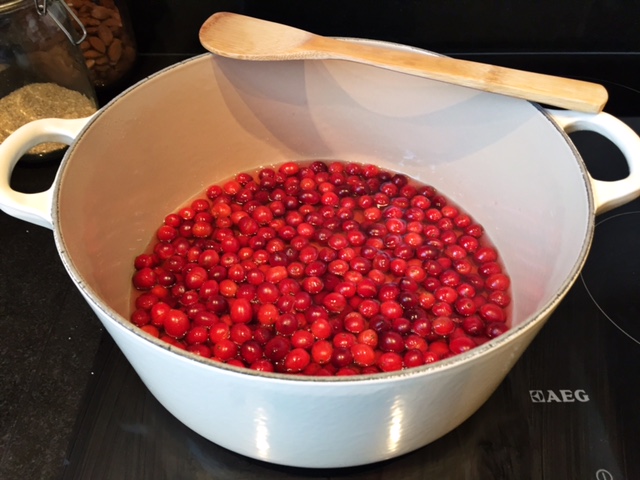 The beginnings of fresh cranberry sauce

By early afternoon we were sitting down to our first cooked-by-us Thanksgiving meal, saying what we were grateful for and toasting with Beaujolais. I’m partial and I think the hard work makes you love everything, but it was downright delicious. My favorite part always is and was the sweet potatoes with a crunchy pecan topping. To make them wash four good sized sweet potatoes and stick them in the oven to bake for 90 minutes (it makes them easier to pull the jackets off). Scoop out the flesh and put into the mixer with a quarter cup of heavy cream, quarter cup of orange juice, six tablespoons of brown sugar, dash of vanilla and a small hunk of butter. There’s a reason this is only made once a year! Mix together and spread contents into a baking dish. Then make the pecan topping with a cup of chopped pecans, brown sugar and slightly melted butter; mix together and spread on top. Bake for 30 minutes at 350/176 and serve piping hot.

The rest of the afternoon we called family wishing them a happy day and then spent the evening with a large group of American friends having a second, quite impressive feast complete with a maple bourbon pecan pie of which dreams are made. The only downside to all the fun was having to return to work on Friday! But then again, it was a Friday (and Black Friday sales have become popular here despite retailers feeling the day is officially ‘over’) so here we are at the weekend. It’s a beauty and we’re in the festive spirit. x 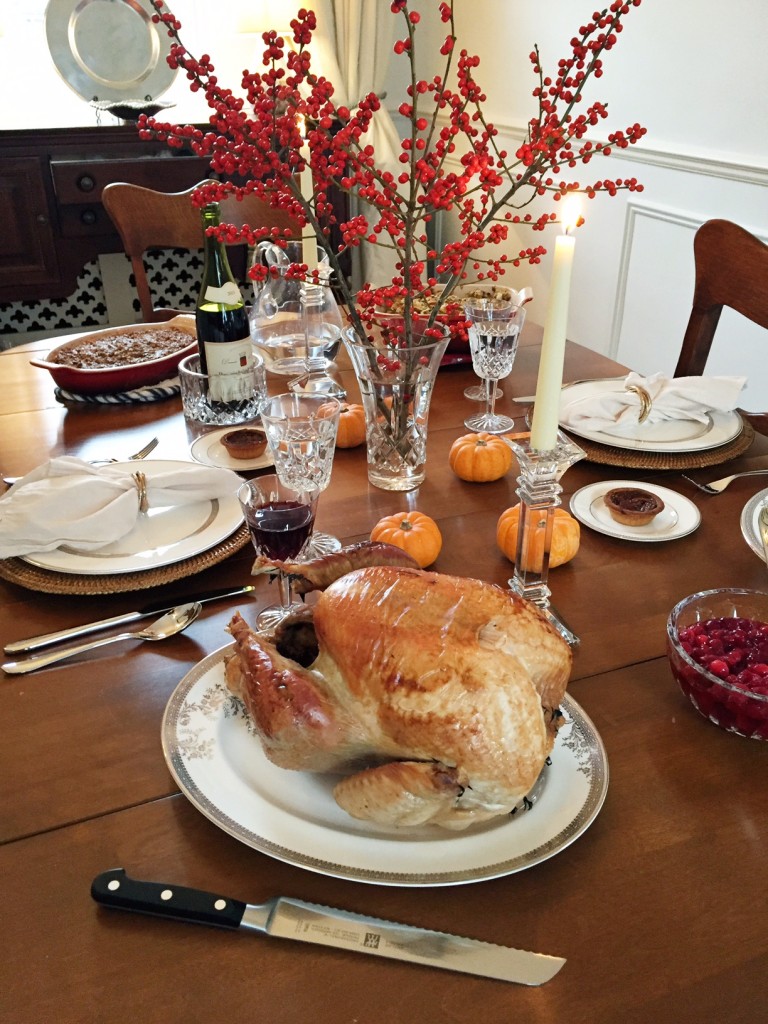