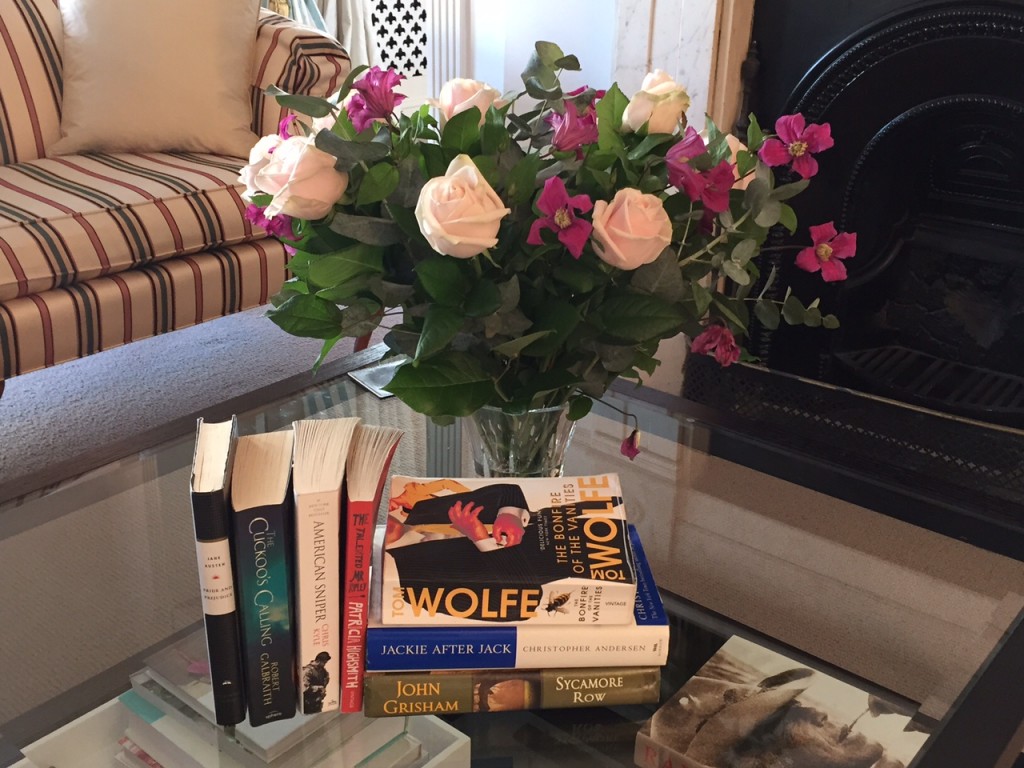 Our reads from the month of May. Not pictured: Girl on the Train which was devoured digitally.

I’ve always been a big reader. As a kid, I remember my mom pulling me out the door to go to school while my nose was still buried in whatever book I was into at the time. I still tried to get through novels in college, though it was mostly after finals that I would plunge through a stack of books that had been waiting for me. And for awhile I even tried walking up subway steps when I just couldn’t bear to close my book before work in the mornings, but that really didn’t pan out well for me (ah, angry New Yorkers).

Well my friends, Ben and I had a month for the reading ages where we cranked through ten books altogether (me seven, him three). It helped that we were on a two week holiday (Thailand, we miss you! You were the best trip!) where the second week we spent lounging on the beach in Koh Samui drinking coconut water and passing books back and forth. Here’s the quick and dirty list of what we read (there are eight listed here because we both read Bonfire of the Vanities and American Sniper):

Bonfire of the Vanities – If you haven’t read this yet, do so immediately. I’ve been telling most everyone I talk to – my mom, best friend, strangers on the street, really everyone. Set in the ’80s with Park Avenue glamour, it’s a tale of a master of the universe’s fall from grace with so many interesting characters you won’t put it down. I finished the 750+ page book and exclaimed ‘Now THAT was a book.’ It’s now in my top 10, and I made Ben switch from the book he WAS reading to that one so we could talk about it together quicker. How’s that for a great book (and a great husband).

The Talented Mr. Ripley – I hadn’t watched the movie before reading the book (though I promptly found it on Netflix while were suffering from major jet lag back at home — I like the book better) and loved it thoroughly. It’s the tale of Tom Ripley, who isn’t going very far in life and accepts an offer from a former classmate’s shipping tycoon dad to go bring home his son from Europe. Tom quickly falls in love with Dickie Greenleaf’s luxurious Italian lifestyle and wants it for himself. Drama ensues in so many ways and you can’t help but want this unlikely villain to succeed.

The Cuckoo’s Calling – Written by Robert Galbraith (J.K. Rowling), it’s a crime novel set in London where a model falls to her death and detective Cormoran Strike, who was practically out of work, is hired by her family who believes it was really a murder. It’s a page turner and had me going for a bit on what really happened to Lula Landry. Read it – it’s fabulous.

American Sniper – I gave this book to Ben a few months earlier and was so excited for him to dive in — and then me! It had me listening to Battle Hymn of the Republic as I drifted off to sleep one night, it was that patriotic (despite sharing all the ugly parts of military life). Written by the late Chris Kyle, it’s so conversational that it feels like you’re listening to this great soldier share his life story in the armchair next to you.

Sycamore Row – This was one of Ben’s, who also happens to be one of John Grisham’s biggest fans. The sequel to A Time to Kill, Ben gave this mixed reviews though he’s “glad I read it.” Set in Mississippi, it’s about the mystery of a man who commits suicide and his seemingly bizarre motivations for the way he left his fortune behind.

The Girl on the Train – A fun read with a twist. It’s another murder mystery so by the time I read it I was thinking I really needed to change genres. Still, it’s a book most everyone’s been talking about lately with Rachel looking longingly out the window of the train to nowhere each day over the house and life she used to have while creating stories about people she’s never met, until their worlds collide unexpectedly.

Jackie After Jack – A fascinating read on the life of Jackie Kennedy, who at the end of her life actually went by Jackie Bouvier Onassis. It goes from the harrowing days of Dallas through her marriage to Onassis and many men to her finding herself through working as an editor at Viking and Doubleday. It shows her many sides and despite it all, made me value her place in history even more.

Pride & Prejudice – I reread a lot of the books I have (Great Gatsby every summer for one), and Jane Austen is an author I always seem to come back to. She’s witty and the writing is so charming – I can never put this book down until the very last page. I want so much for Mr. Darcy and Elizabeth to realize their fate and always laugh at quick banter between Mr. and Mrs. Bennett.

There are 100 days between now and LDW – enjoy these reads during the lazy, hazy days of summer. 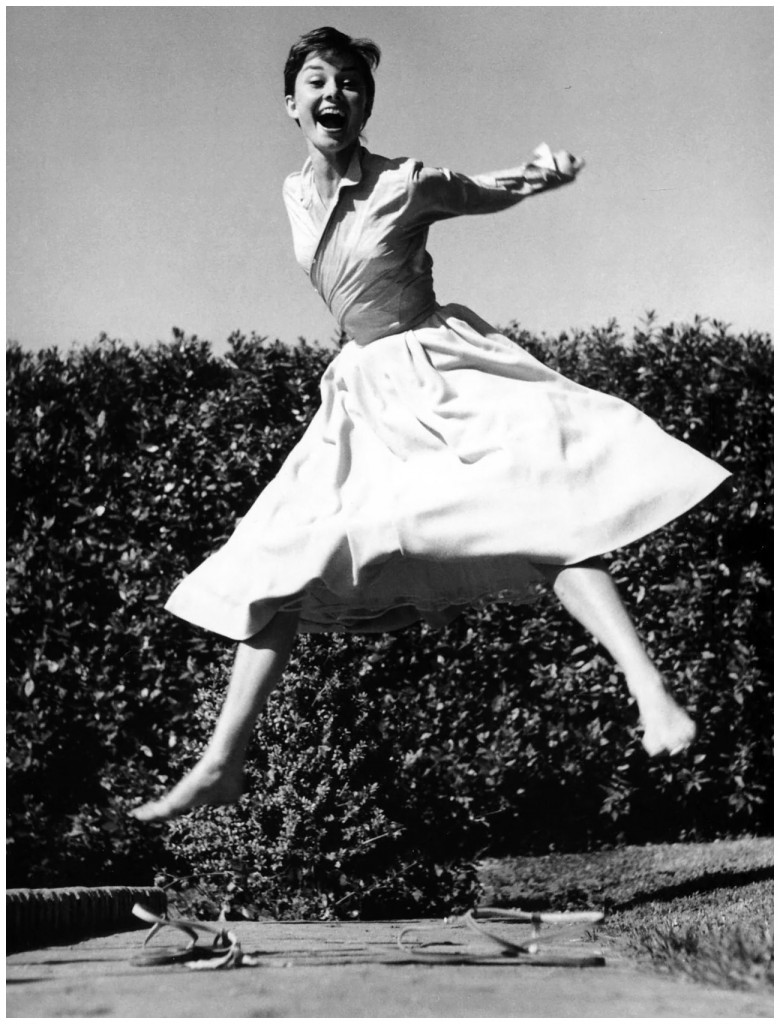 1. Does anyone else pour over the Social Q’s column each week like I do? {New York Times}

3. In praise of slowness and getting back to the Age of Leisure. {Kinfolk}

4. I read this nodding my head over and over again. The Amal frenzy compared to the CBK obsession. {Town & Country}

I feel the same way that it’s Friday as you do here, Ms. Hepburn. Shoes kicked off, leaping and all.

Hello dear readers. After writing and posting every day for two months {+ then some with a little time off in Italy — thanks for staying with me! the support has been amazing, and starting a blog is scary!}, I’ve been taking a bit of a step back to contemplate where I really want this little site of mine to go. I know I want to continue talking about the core idea I cherish most — creating a beautiful life withe ones you love, no matter where you are. That for me brings together entertaining with our very dearest friends {new ones here and those that visit us from the States}, decorating for our home to be both a retreat and energizing, traveling to explore this wonderful world of ours and of course, adding bits of everyday glamour.

So bear with me as I’m bouncing some ideas around. I believe the very best things continue to evolve while staying relevant, and also true to their foundation. In the interim, I want to share this thought-provoking piece from the New York Times this weekend. It’s about the moral bucket list, and resonated with me so strongly. The discussion of the professional and personal resume, and becoming satisfied with moral mediocrity. It’s all too easy to be caught up in the external achievements — and I’m so guilty of it, and especially of always wanting to have it all. From the need to excel in high school to the demands in college to racing up the corporate ladder, somehow the self-awareness we need to be good, for ourselves and others, not our achievements, gets buried. Self-reflection here is key, and the conscious decision to do better than you did the day before.

My favorite part, as it often seems, is of course from the second to last paragraph: “But eventually, at moments of rare joy, career ambitions pause, the ego rests, the stumbler looks out at a picnic or dinner or a valley and is overwhelmed by a feeling of limitless gratitude, and an acceptance of the fact that life has treated her much better than she deserves.” 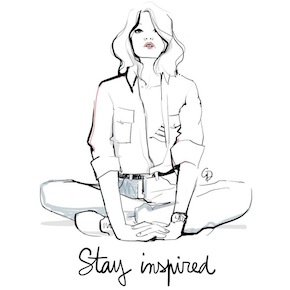 1. Have you seen the newly released Season 3 trailer for OITNB? It’s back June 12! {Evening Standard}

5. And finally, Chanel launches an online pop-up shop with Net-A-Porter for their fine jewelry. Swoon. {The Telegraph} 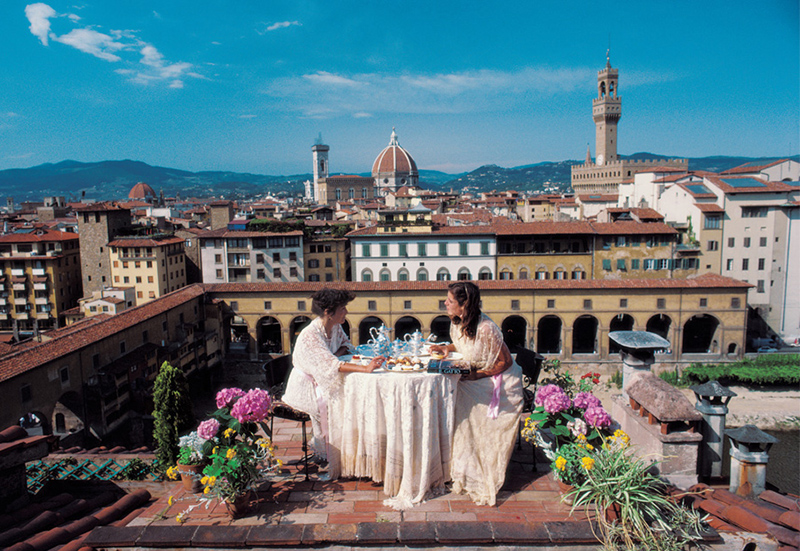 2. Get a head start on a gorgeous pair of sandals for summer. {Habitually Chic}

3. Awestruck by this beach fantasy designed by Celerie Kemble. {Cococozy}

Channeling the above Slim Aarons look while we’re in Firenze this weekend. 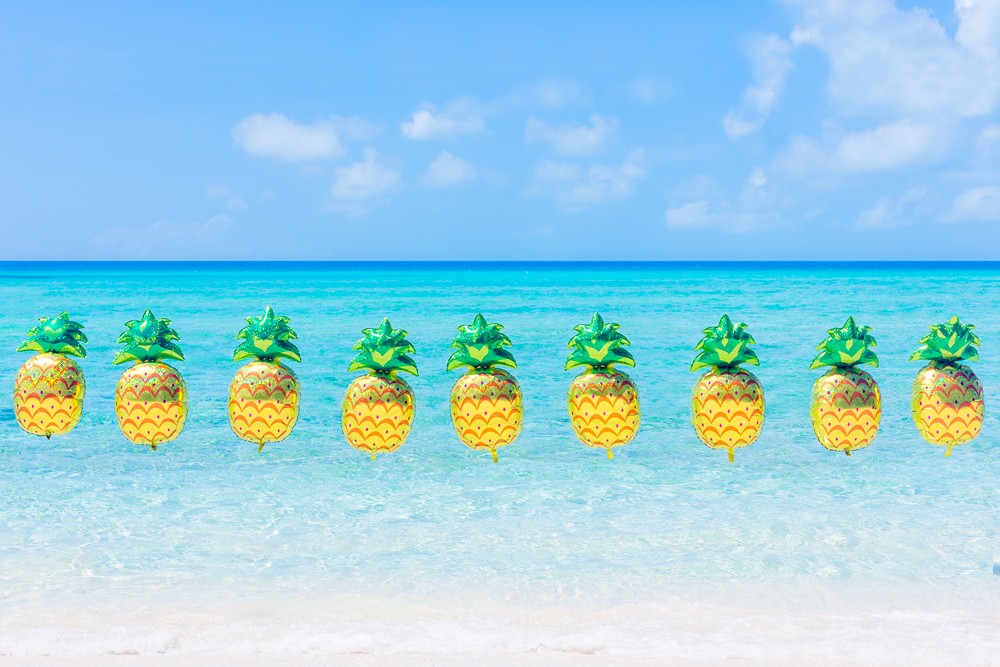 1. Have you seen the new Lilly Pulitzer x Target collab? The home collection has me ready for summer instantly + loving all the pineapples! {Domaine}

3. I’d like one of each in this spring wardrobe essentials roundup. {Glitter Guide}

4. One of my favorite decorators shows off her newly renovated New York apartment. {Architectural Digest}

5. Amazon could possibly have it’s largest acquisition ever: Net-A-Porter. {Forbes}

Image via Gray Malin {love his new Up and Away prints} 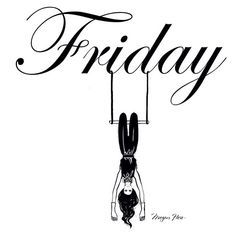 1. What you need to know for this morning’s solar eclipse. {Daily Mail}

3. Adding these Sweet Potato Brownies on my ‘to bake’ list. {Deliciously Ella} 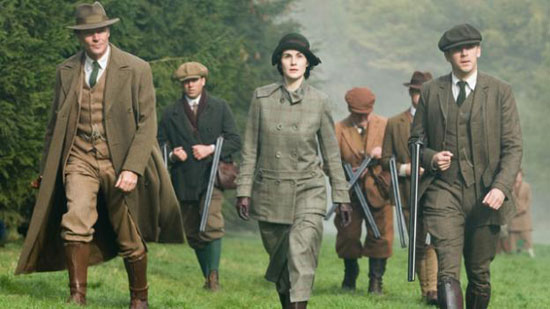 This weekend I’ll be channeling my best Lady Mary looks in the English countryside with my husband and in-laws, who are visiting from home {ps – how great was this yesterday}. We’ll be back in town just in time to celebrate Mum’s Day, which I’m looking forward to hosting at home with a spring awakening tablescape and traditional Sunday roast. Happy weekend!

1. How to start a conversation anywhere with anyone. {Domaine}

2. Looking into these for our upcoming travel plans. {Travel+Leisure}

3. Thrilled to see Robin Wright on the cover this month. {Vanity Fair}

4. The reason we love our favorite bosses? They motivate. {Forbes} 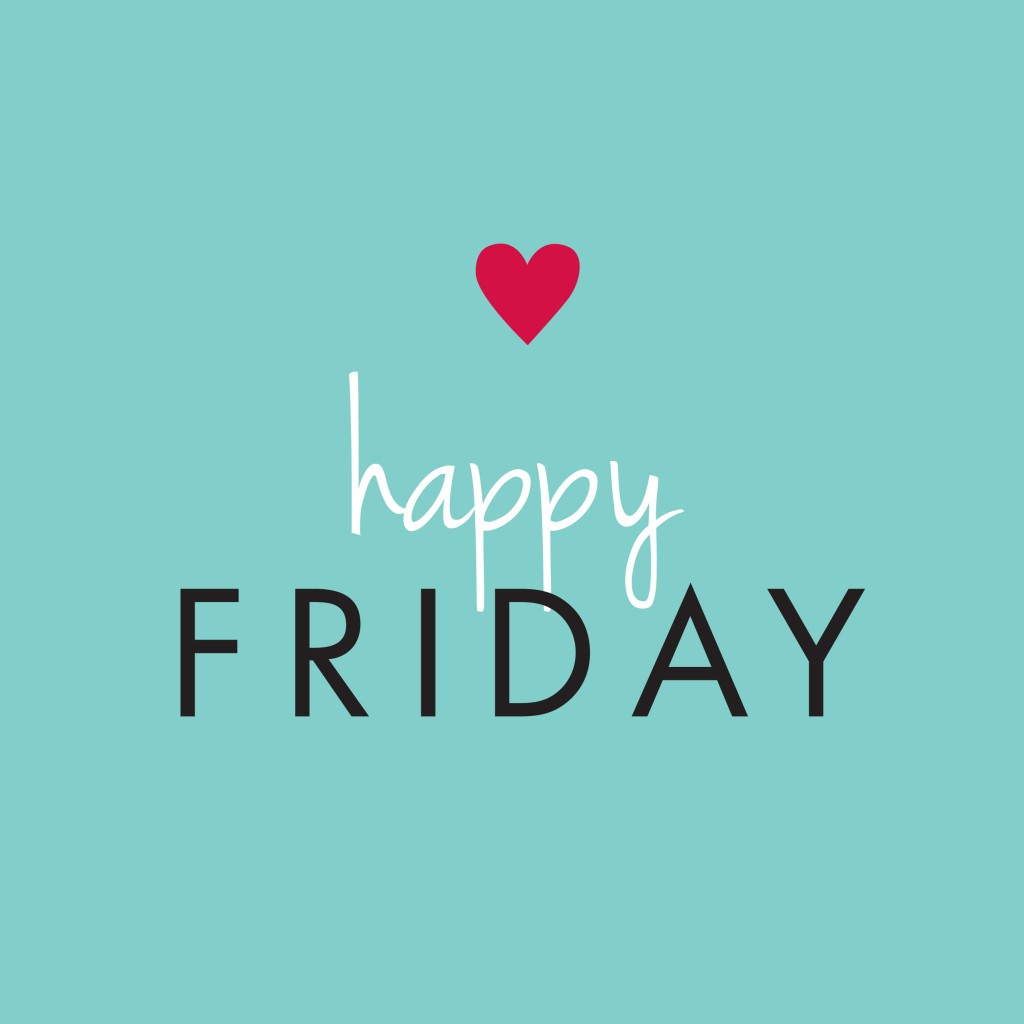 2. I haven’t put her book down all week. {Amelia Freer}

4. LaCroix is amazing, though I think Lime, not Orange, is the best. {New York Times}

5. A few new items to put a spring in your step — and your home. {Domaine} 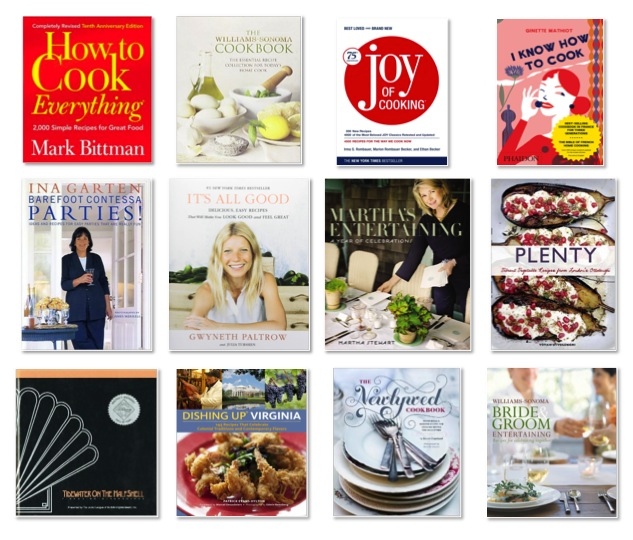 I’ve always been a morning person. It serves me well during the week, but the weekend is a completely different story. I used to wish I could sleep in later, always dreaming of those long, luxurious mornings under the covers. These days, I’ve really started embracing my early morning nature. I love hearing the birds outside, cozying up with a freshly brewed cup of coffee and pulling an inspiring book off of our shelves.

On Sunday mornings, those reads are cookbooks. It’s when I usually get to thinking about our dinners for the week to come, and want to linger over the pages dreaming of enjoyable meals for my guy and me. I’ve been collecting cookbooks for as long as I can remember, often getting them as gifts once my friends and family realized this passion. I love Pinterest of course {seriously love}, but there’s something about turning the pages of a book and leaning over them while cooking in the kitchen that will never get old. These are a dozen of my favorites that inspire me time and time again, and hope they inspire you too. Enjoy!

General: How to Cook Everything / The Williams-Sonoma Cookbook / The Joy of Cooking / I Know How to Cook / Fave Cooks: Barefoot Contessa Parties {this is my favorite Ina book of all time, but I LOVE all of hers} / It’s All Good / Martha’s Entertaining / Plenty / Regional: Tidewater on the Half Shell / Dishing Up Virginia / Newlyweds {perfect gifts!}: The Newlywed Cookbook / Bride & Groom Entertaining